In December of 2014, SWOP Sacramento, in conjunction with Safer Alternatives through Networking and Education (S.A.N.E.) began a research project to determine the needs of the sex workers in the Sacramento area. Rachel Anderson, our principal  researcher and myself (Kristen DiAngelo) put together research questionnaires in order to best find out what services where needed by those working in the sex trade in the Sacramento Valley. During this time, we interviewed 45 sex workers in the Sacramento valley and our findings were staggering. Twenty-one of the 45 workers identified as having worked against their will, but the majority were working in the sex trade as a choice. Twenty-four spoke of graphic rapes and kidnappings. We were shown gunshot wounds and one woman we interviewed on Stockton Blvd, while sitting behind a dumpster, had been the victim of a knife attack leaving her face cut from the corner of her mouth toward her ear.  Another, claiming to be nineteen years of age, spoke of being “turned out” (trafficked) at twelve years old when her mom hit the streets. Many were wishing to exit the sex industry or wanted to escape situations of human trafficking and rebuild their lives with strength, internal resources, and dignity; yet, there was nowhere to go, no funds to help, and no one who understood their world or who could really assist them. Lack of identification, being underage, prostitution arrests, and drug problems seemed to tie these workers to the area. We know if this is ever going to change, the change has to come from within. SWOP Sacramento is an organization made of sex workers, ex-sex workers, human trafficking victims, and their supporters. Together, we decided to launch a program by “us” and for “us”. Thus was born the concept of “The Haven”. The Haven is not a “rescue based” program, but a program built on empowerment and recovery. 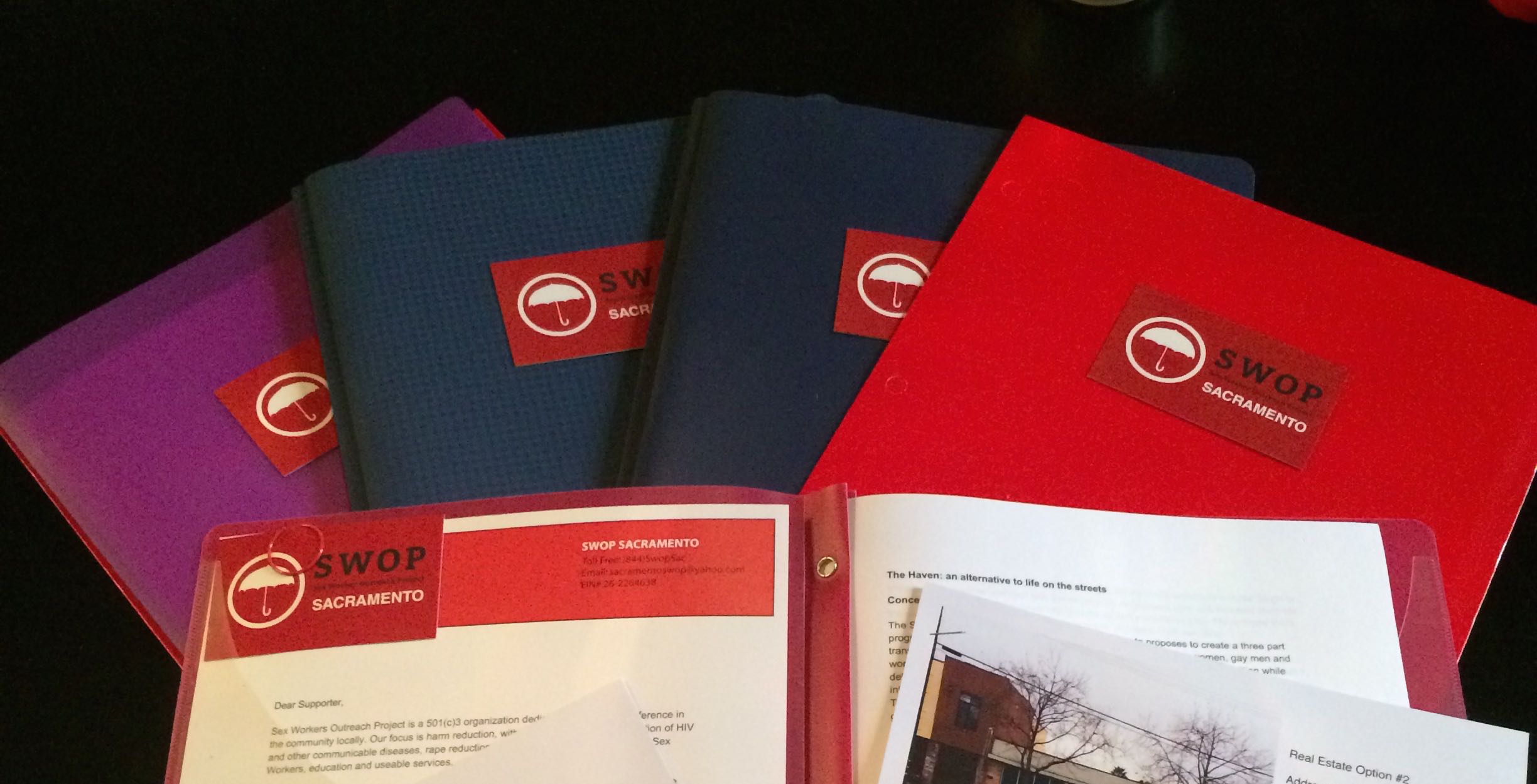